With the proper incentives, collaboration does wonders for economic development

“For the economy to thrive, it is of utmost importance to show that our business ecosystem has the capacity to undertake larger and more burdensome projects without decreasing the quality of work.”

What does it take to get profit-driven companies to sustainably invest in developing a country’s economy? Though the answer is obviously embedded in the question – companies are incentivized to invest in development if there is money to be made – development organizations have long sought the best way to harness the power of the profit motive. As with development work in general, there is no “silver bullet” for private sector engagement, yet there are best practices.

As companies grow, they run into obstacles that require additional investment and external assistance to overcome, especially in developing business ecosystems. This was the case with Sieto LTD, a company with a long tradition in energy supply electronics whose most recent venture was expanding into North Macedonia’s growing market for residential photovoltaic panels. Sieto already had established partnerships with both domestic and foreign solar systems manufacturers and became one of the first members of Solar Macedonia, the country’s only trade association for the solar energy industry. Sieto’s plan, co-funded by the national Fund for Innovation and Technological Development, was to install 10,000 solar roofs across North Macedonia in 2019 – not a small feat in a country of some 650 thousand households. Even though funding for the project had been secured, their plan almost ground to a halt when they encountered an obstacle they were unable to overcome alone: Sieto couldn’t find enough qualified solar systems installers in every municipality to finish the work in one year.

Fortunately, Sieto is a member of Solar Macedonia, a business support organization that aims to boost and facilitate cooperation among North Macedonia’s solar energy companies and promote solar energy as a viable renewable energy source. Supported by a grant from USAID’s Business Ecosystem Project, Solar Macedonia’s current focus is to increase the pool of available solar system installers by organizing trainings in the cities of Skopje and Shtip. It’s through one of these trainings that Sieto was able to find a solution to their problem. Workers from SPIKOMP, a local company with an established market presence in the two cities where Sieto was looking to expand in, attended the training to update their solar system installation and maintenance skills. Since Sieto was looking to engage qualified installers, SPIKOMP’s effort to train their workers, with the help of Solar Macedonia, opened up a perfect opportunity for collaboration between the two companies. Soon after their initial meeting, Sieto awarded a contract to SPIKOMP for the installation of some 7,000 photovoltaic panels in the cities of Kichevo and Makedonski Brod, helping both companies grow their business.

“Through cooperating with a single company, we have access to a whole pool of other partners, who can assist us in overcoming technical difficulties and in the realization of bigger projects,” explained Mr. Igor Stojanovski, SPIKOMP’s general manager. 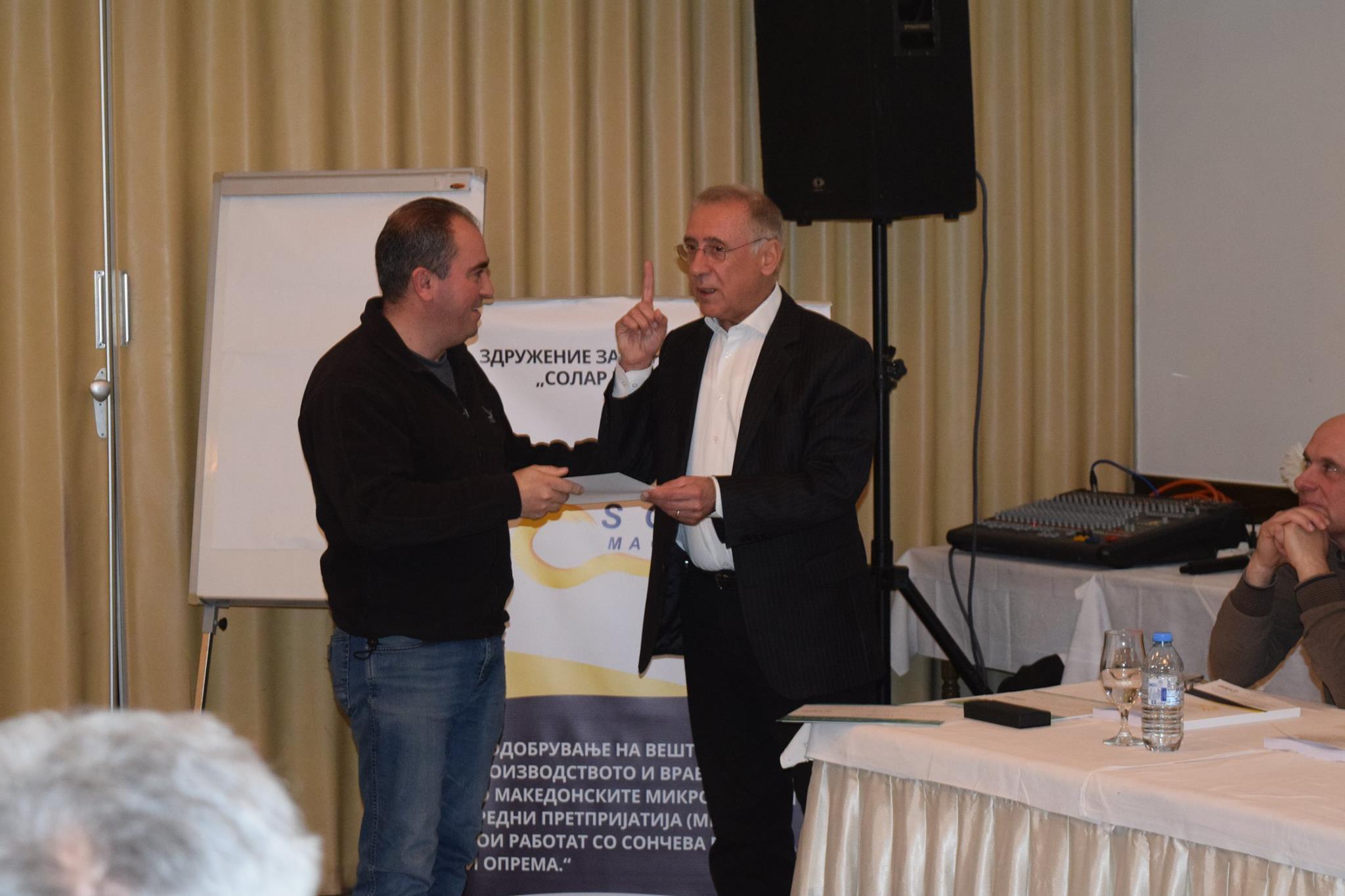 Though both companies had a profit-driven incentive to invest in local development, in this case training a local workforce, none of it would have been possible without the services offered by Solar Macedonia – the association responsible for organizing the training and facilitating the cooperation between the two companies. Having been active in the solar energy sector since 2006, Solar was able to identify that the biggest threat to the sector’s growth was the lack of a qualified local workforce. Their efforts to tackle this issue through trainings quickly expanded to providing business matchmaking as an additional service, as in the case of Sieto and SPIKOMP. Solar Macedonia will continuously aid both companies with additional know-how, and if needed, further matchmaking with other potential partners in the industry. 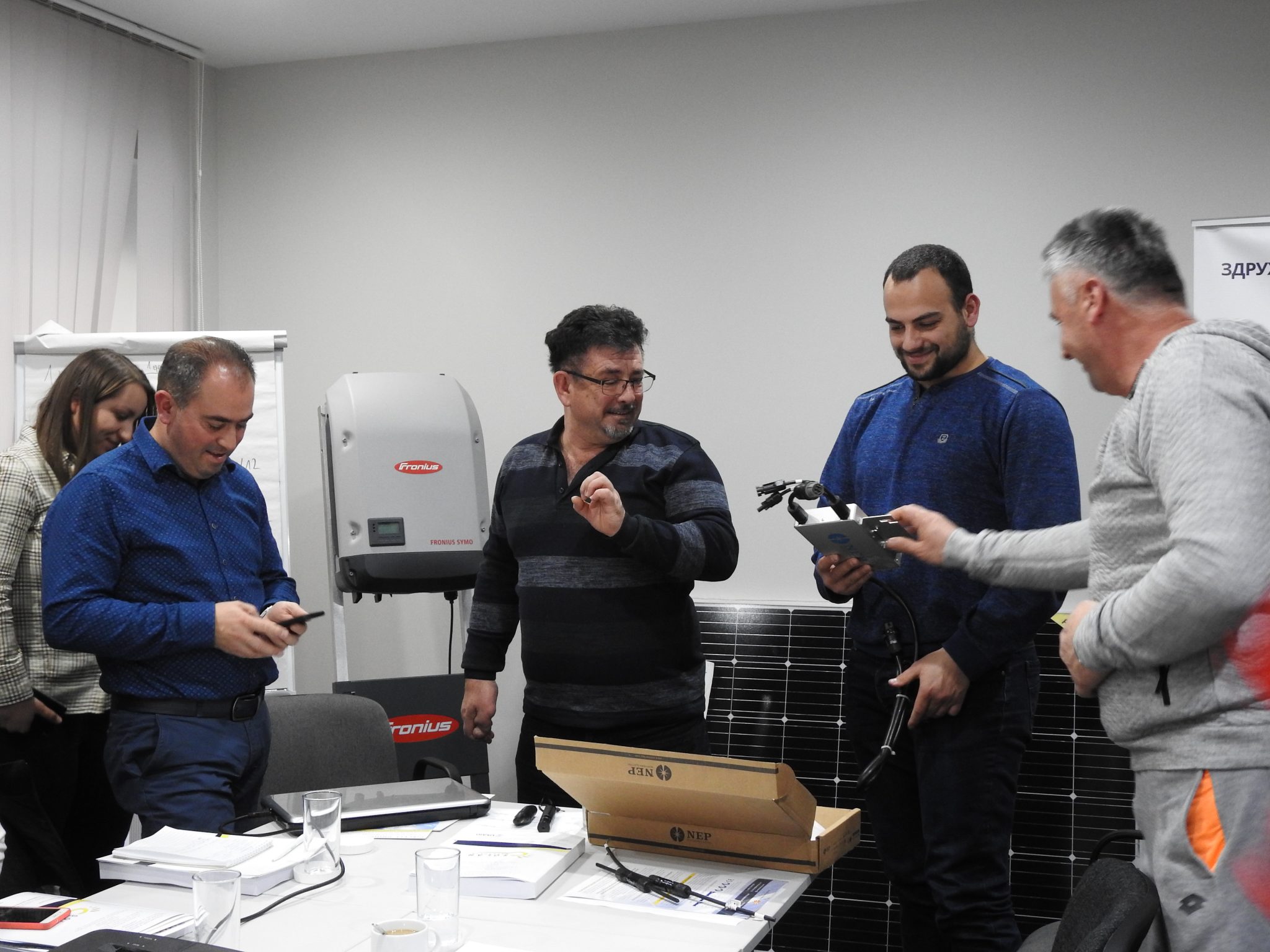 “For the economy to thrive, it is of utmost importance to show that our business ecosystem has the capacity to undertake larger and more burdensome projects without decreasing the quality of work. Solar Macedonia is constantly on the lookout for such opportunities and our member base provides an absolute advantage for facilitating joint ventures and business collaboration,” said Mr. Stefan Trajkov, a project manager at Solar Macedonia who’s leading their training and matchmaking program.

This story can be read as a recipe for engaging the private sector in local economic development. The main ingredient is aligning development goals with the profit motive of companies that rely on local supply chains and labor pools, but the secret and often overlooked ingredient is finding a suitable business service organization to facilitate. In North Macedonia, these lead company partnerships are the frontrunners in the country’s journey to self-reliance, but it’s organizations like Solar Macedonia that pave the way. By harnessing the power of local partnerships driven by market incentives, North Macedonia can reduce its reliance on development aid and move from being a recipient of aid to a partner n providing development aid.